We’ve been praying fervently that God raise up a generation of warriors willing to fight in this historic battle against wicked forces. Those forces are operating through satanically inspired enemies of all that is good and Godly. And it takes all kinds of equipped and faithful soldiers to fight in the many fronts of this war.

Are you in yet? If you are, you better know why you fight. And it’s not about you. You know very well that soldiers are called into battle to defend the defenseless. If selfless courage doesn’t motivate you to fight the battle raging today, whether on your knees or with your strengths and skills, then you are simply accommodating the enemy by your slackness.

The war being fought in our world today has come out in the open. It’s come out in the open because the enemy has been emboldened. It’s a war between two kingdoms and we should know it better than most. Evil wickedness is on the rampage against God’s kingdom of truth and light.

END_OF_DOCUMENT_TOKEN_TO_BE_REPLACED 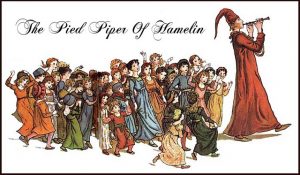 The Bible clearly warns us to beware of mind-controlling influences in society.