What the Bible Says about Money and Wealth 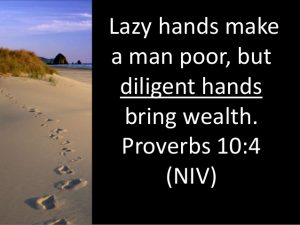 The Bible has a great deal to say about money and our use of it. Though an outspoken group of people today suggest that having wealth and making wise financial decisions is selfish or sinful, the Bible doesn’t take that viewpoint.

One example is that of King Solomon. According to historians, the wealth of King Solomon was simply astronomical. He was at least the wealthiest person in history at that point. And yet the Bible says that it was God who gave Solomon his wealth. God gave that massive, lavish wealth to Solomon even though Solomon didn’t ask for it. If having great wealth and money itself were in fact evil, why would God choose to give someone large amounts of it?

There are other people whom the Bible calls righteous who were blessed by God with great wealth. God blessed Job with great wealth after Job was tested. He also blessed Abraham and David with wealth. If God saw being wealthy as sinful then would He have blessed faithful people with money?

Proverbs 10:22 says, “The blessing of the Lord brings wealth, without painful toil for it.”

Yet at the same time the Bible tells us that the blessing of wealth is not a reward God gives to those who are lazy. Again in Proverbs we read, “He who works his land will have abundant food, but he who chases fantasies lacks judgment” (12:11).

Other passages in Proverbs about work:

1 Timothy 5:8 says that anyone who does not take care of his own family “has denied the faith and is worse than an unbeliever.”

The Bible tells us that it is through noble qualities that wealth is obtained (hard work, diligence, sacrifice) and that failure to do those things will result in poverty. That’s not to say that all those who are poor or in poverty are sluggards or refuse to work, but it does tell us that those kinds of characteristics and flaws will most often lead to poverty.

What Can We Do With Money?

According to the Bible there are things we can do with money that are fine, good and proper. Here is a list:

What the Bible Says About Debt

Proverbs 22:7 says “…the borrower is slave to the lender.”

The Bible never speaks well of debt. Debt is an anchor around our necks that prevents us from restful nights and restricts our ability to invest for our future.

Debt is a temptation because it allows us to have what we can’t afford and have not earned. Yet we pay a larger price for it then someone who can afford it. For example, if someone pays cash for a car, they don’t pay the interest payments that someone would pay who borrows money. So the person who can afford the brand new car pays less for it than the person who can’t. The person who can’t afford it in the first place “pretends to be wealthy” but digs themselves a deeper hole in which they are able to afford even less because of the burden of debt. Debt is indeed deceptive and prevents us from becoming financially stable or wealthy.

So as Proverbs points out, it is many times the wealthy who don’t buy the latest and greatest gadgets or live in large, expensive houses. But because they have saved, invested wisely and avoided debt they are able to survive and even thrive during a bad economic time or in unforseen hardships (see Proverbs 13:8).

I once spoke with a financial advisor and asked him a hypothetical question: “How can I be financially independent?” His answer was, “It depends on how much you spend.” He went on to explain that if my cars were paid off and I didn’t spend a lot of money I wouldn’t need as much. So if I lived on less and was slow to spend, I could retire early or start my own business and survive during the early days when the business is getting off the ground. It would be especially helpful if I saved my money instead of spending it and then used what I saved for basics when starting my business. Far better to do that than to go in debt.

The message was clear — don’t spend what I don’t have, don’t borrow to “pretend” to be rich and DO save my money for the future. If you read through Proverbs, Solomon says that’s how it’s supposed to be anyway even if you’re not trying to start a business. It is through that type of behavior that someone builds wealth and the Lord blesses such wisdom in action.

So the next time you hear someone villainizing a wealthy person because they are wealthy, remember that the Bible attributes wealth to hard work, wisdom, personal sacrifice, patience, perseverance, self control and wisdom. Not only that, but the Bible says that “the blessing of the Lord brings wealth (Proverbs 10:22).”

It’s time for us to see money as it should be seen so that we can use it as it should be used. The next time you see someone who is wealthy, instead of feeling jealous, perhaps you should try to learn from them. Not all people earn money through an honest, respectable way but the ones who do are good examples for us and the Bible says we should “Walk with the wise to become wise…” (Proverbs 13:20).