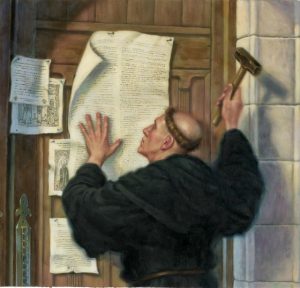 Do you know what October 31st is besides Halloween?  Hint: it’s one of the most important days in the history of the Christian church and it affects everything about your life today.  Everything!

It was on the 31st of October 1517 that a Catholic monk named Martin Luther nailed his famous 95 Theses to the door of the castle church in Wittenberg, Germany. By God’s grace, Luther’s courageous act of challenging corruption and unbiblical heresies launched the Great Reformation.  But why is this legacy worth recalling and how does it affect us today? END_OF_DOCUMENT_TOKEN_TO_BE_REPLACED

Today’s world is filled with all sorts of deception.  Sharp discernment is required for those who really want to discover the things that are true.  If we don’t want truth we won’t search for it.  That’s why we need to be discerning. That takes a special level of heart and acuity to be able to do that in an honest way.

2 Timothy 4:3-4 says, “For the time will come when they will not endure sound doctrine, but wanting to have their ears tickled, they will accumulate for themselves teachers in accordance to their own desires…” END_OF_DOCUMENT_TOKEN_TO_BE_REPLACED 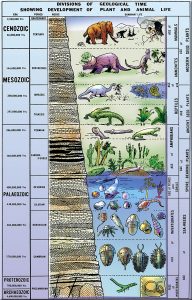 What is seldom mentioned to unwary and impressionable young students today is that evolutionists believe in bigger miracles than Christians ever dreamed of.  They even admit it on occasion.  And the reason their misguided faith is really nothing less than sheer gullibility is because their miracles had no adequate cause to perform them.  Nature and common sense demonstrate scientifically that any result or ‘effect’ requires an adequate cause.  By definition, the Creator of the universe that exists independent of natural substances is the only adequate “cause” for the universe and life. END_OF_DOCUMENT_TOKEN_TO_BE_REPLACED