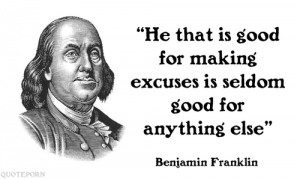 FIND OUT WHERE TO START. What does that even mean? Do you think anyone who has a successful business magically knew where to start? No, they didn’t. Talk to people who have done what you want to do. Hire a coach. Get the support you need to succeed. OR, just stop being negative long enough to do a little research on your own. That’s where you start. END_OF_DOCUMENT_TOKEN_TO_BE_REPLACED